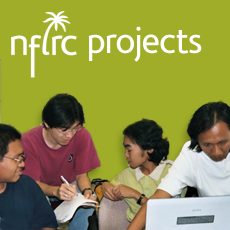 This project investigated the relative effectiveness of models and corrective recasts on adult learners' language development. Recasts are defined as responses by an interlocutor which add morphosyntactic information to a learner's utterance without changing its essential meaning. Models, on the other hand, provide target-like input before the learner has attempted to produce at all. In this project, learners engaged in various communication games with differential treatment provided on two target language structures. The research was designed to answer the following questions: (1) Do adult learners benefit incidentally from recasts or other forms of implicit, "off-record" negative evidence when they encounter them in spontaneous conversation unaccompanied by metalinguistic explanation?; (2) Are recasts more effective than models in fostering interlanguage development? Should it be found that adults learning a foreign or second language do in fact benefit from recasts in the way first language acquisition researchers have found that children can, the implications for classroom language teaching methodology would be substantial. In addition to producing changes in traditional foreign language and ESL teaching, use of tasks with recasts might be one of the easiest ways to facilitate a learner's focus on form without losing sight of a lesson's (or conversation's) predominant focus on meaning.

Studies were completed focusing on the learning of Spanish and Japanese as foreign languages. A report of these studies will appear in 1997 in The Modern Language Journal.