Culture differs not only across national boundaries, but across communities and social classes within those boundaries, and even across generations within the same group. As history recedes, the cultural values prevalent in earlier generations become less accessible to young people. Teenagers may wonder why their parents, for example, find an older movie so funny or so fascinating. The answer, of course, is that their parents relate to the movie because of a personal connection with the movie established when they were younger. Once a younger person can successfully establish a personal connection to historical material, they will engage with it in their own way.

With this in mind, this Chinese-language project for beginning learners is aimed at creating a product to help younger visitors (ages 5~7) to a particular historic spot on the island of O‘ahu to make connections between what they see in displays of historical material and their own lives, even if they do not speak English, the language in which most of the museum's tours and displays are offered. What is special about this project in the context of PBLL (Project-Based Language Learning) is that the project is designed for learners at the Novice Low, or zero-beginner, level. It is conceived as a model for Day 1 of a project-based (or partially project-based) language learning curriculum. As such, it represents a challenge to the notion that beginning learners, with their extremely limited functional communicative capacity in the target language, cannot engage in language use connected with deeper inquiry into a challenging problem or question for authentic purposes with an impact on a public audience. 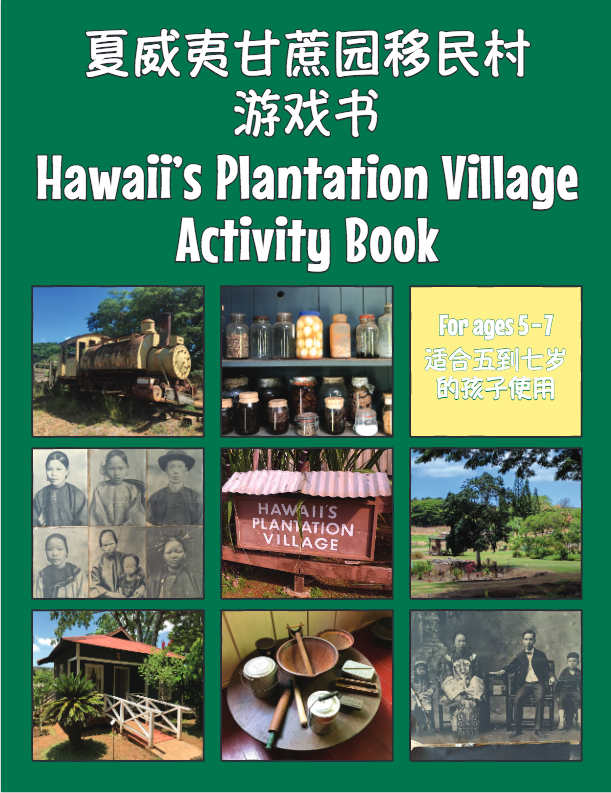 In PBL (Project-Based Learning) in general, curricular design is specific to the time, place, and community in which it is conducted. While a PBL project design may have rich referential value for other designers, it will never be exportable as is, because it is (ideally!) always created to fit a challenging problem or question, to which the learners respond with a project product directed at a specified public audience. In addition, since "there is no perfect PBL," the reader will no doubt see aspects in the design of the project that they might handle differently. With these caveats, the project design is offered for free adaptation, and I look forward to seeing derivations of this project in the future.

Typically, learners in beginning language courses are not asked to consider or explore cultural problems or questions in depth. This project is an attempt to harness the generational/historical cultural disconnect described above as a driving force in the creation of a product for children: an activity book connected with a particular cultural attraction, the Hawaii's Plantation Village outdoor museum. This activity book is designed to facilitate the creation of connections in the children's minds between the dusty artifacts and aged houses visible in the Village and their own lived experience. The imperative that learners in this project should design activities to foster such connections puts this project on a different level than most tasks for beginning learners -- in essence, bringing cultural and cognitive challenges into the picture that are not typically expected in beginning language materials, and situating the learners as investigators (obtaining language they need) and creative thinkers (designing activities).

This project was designed "in miniature" -- in other words, designed for a short timeframe with limited objectives -- and should perhaps be further expanded and elaborated if it is adopted as part of an academic curriculum. In the two-day timeframe of the project, a group of beginning learners of Mandarin Chinese, accompanied by several "language experts" -- speakers of Chinese who had agreed to work in support of the project -- followed the following major steps:

Returning to the question of PBLL at the Novice level, I think that this project suggests not only that deeper inquiry is possible for beginning learners, but also that educators pursuing PBLL may find that their target construct -- in other words, the set of skills and knowledge from which they derive instructional objectives -- requires radical readjustment. Most instruction for absolute beginners in Mandarin Chinese focuses on associating sounds and symbols for the Pinyin romanization system, perhaps learning a few foundational characters, and memorizing some expressions related to meeting others for the first time (greetings, name, nationality, thanks, leavetaking). The goal of such a program of instruction might be expressed as "to acquire enough communicative capacity in Chinese to be able to function well in China someday." The target construct is large and distant; learners are beginning a long, slow climb toward "being a proficient communicator." Meanwhile, learners' real-world agency in this paradigm is close to zero; they are, essentially, role-playing a future, proficient self.

PBLL, in contrast, begins with work on a challenging problem or question (the "Driving Question"), and work on "learning language" is mixed in with all the other pieces that are needed to address the Driving Question. This particular project begins with a comprehensible story about a little girl named Jiajia. The story is unrelated to any social use of language: it's not about meeting people someday in China. The purpose of the story is to orient the learner toward a challenging real-world problem: Chinese-speaking kids probably can't relate very well to what they see at a certain museum. In the Jiajia story, the most salient language pieces (for example, the iron her mother uses, or the verb "sees," which is used repeatedly) are not immediately useful as fodder for interpersonal communication; there is no immediate communicative goal connected with Jiajia. But in contrast to the traditional curriculum, the story forms part of a program of instruction whose aim is to address a challenging problem or question which is both comparatively limited in scope and immediately present, providing a challenge with clear value and a visible endpoint. Learners' use of language in the project is not a rehearsal for some future moment; there are no model dialogues, and they are never asked to play a role other than themselves.

When the moment for learners to use Chinese to achieve a purpose does arrive in this project, that use is totally scaffolded by a prepared script, and the only criterion for accurate production by these beginning learners is whether they get the items they request from the language expert. So in a sense, in this particular project, learners are never asked to role-play a future, proficient self. While instruction is geared toward the learners' status as Novice Low speakers, there is no imperative to begin with greetings, or shopping, or numbers. It is assumed that, given sufficient project work, learners will develop proficiency; however, their pathway to proficiency is governed by the "need-to-knows" of the project at hand, not by putative future life tasks. This being the case, it is obvious that procedural language of the kind needed to work collaboratively, to gather and test information, to query cultural values, and even (depending on the project product) to construct material objects or stage a drama will figure much more prominently in PBLL curricula, while travel scenarios, chats about the weather, and restaurant orders will figure less. Another corollary: given that even beginning-level projects in PBLL are expected to feature deeper inquiry -- to engage learners with questions that have no established answers -- scaffolding takes on new significance. The teacher mindset of being loath to "give answers away" fades into insignificance, as the teacher is no longer the sole arbiter of "the answer." In a non-PBLL paradigm, a teacher might object on principle to learners' use of helps such as a "cheat sheet" of useful expressions or a software translator, because such learners would be breaking the fourth wall in the theatre of their future, proficient self. In PBLL, a teacher's view would likely be that a learner should be free to use such helps as necessary, in pursuit of the larger "answer," of which she cannot possibly be a gatekeeper, since it is only arrived at through conduct of the project. A teacher might, on the other hand, be very concerned about a student's ability to work collaboratively toward a common goal.

One of the biggest challenges in using the ideas of Project-Based Learning for language instruction is that beginning learners have almost no functional communicative capacity, and yet PBL demands that they extend their learning beyond the walls of the classroom to create some kind of real-world impact. I believe this design supports the notion that even beginning learners can meet this challenge, and that significant connections with communities can be included from the very beginning of a language learner's journey.    --Stephen Tschudi

Audience Role:
Consumers of a children's activity book.
Product Target Culture:
The book is in a sense a vehicle of cultural interpretation, mediating "local" Hawai‘i culture through activities offered in Chinese (with English translation).
Audience Location:
The book is offered for sale at the Plantation's front desk.
Target Audience Description:
Young speakers of Chinese (ages 5~7) who are visitors to Hawaii's Plantation Village, an outdoor museum highlighting the heritage of sugarcane plantation labor in Hawai‘i, located in Waipahu on the island of O‘ahu. The book is also directed toward parents of these young visitors and to anyone who cares to purchase it.
Heritage Learners:
mixed
Product Description:
A commercially printed children's activity book comprising 16 activities covering one page each, with activity instructions in English and Chinese. Activities are built around images of objects and architecture in the Village and are intended to help young visitors draw connections between what they see at the Village and their own lives.

Preparing for the Project

3. Determine "need-to-knows" for the project - Before beginning their project work, learners examine what they need to know to produce the Public Product. more detail

5. Prepare to use the target language - Teacher pre-structures learners' linguistic interactions as they seek the language they need for the Public Product. more detail

7. Draft activity design in TL in group document online - Learners take the language they have obtained from their informant, incorporate it into their activity design, process images as needed, and do layout. more detail

8. Post-production and publication - Learners' draft materials are critiqued and revised a final time, then taken to publication. more detail

1. Ongoing assessment and evaluation - At each stage of the project, learners used a self-assessment instrument to reflect on their learning and to provide feedback to the designers on the project experience. more detail