In 1990, the National Foreign Language Resource Center (NFLRC) at the University of Hawai‘i at Mānoa was among the first three Language Resource Centers established by the U.S. Department of Education. The number has now grown to sixteen centers nationwide making up an active and extremely productive network that generates and disseminates much needed resources to advance the foreign language profession. Over the past 3 decades, the Hawai‘i NFLRC has distinguished itself as a venue for local, national, and international conferences. In addition, the publications division has expanded to offer over 300 publications including scholarly books and edited collections, conference proceedings, online journals, video and audio archives, and bibliographic databases. The following is a synopsis of each cycle and major accomplishments of the Hawai‘i NFLRC. 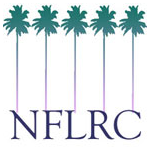 1990 marks the beginning of the NFLRC. The earliest years were dedicated to projects on proficiency testing, authentic teaching materials, and curriculum development. The Center supported a visiting fellow, Johannes Wagner, Odense University in Denmark, and also provided support to 31 interns, many of whom continue to have close ties to the Center, including our current Specialist in Technology for Language Education, Stephen Tschudi. 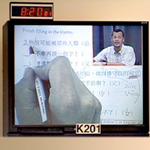 Projects during this cycle took advantage of both the knowledge of Asian languages and the technological expertise of our project directors. There was an increasing reliance on computer applications, interactive television, and the still-new Internet in projects that addressed self-instruction and distance education. Summer teacher training institutes also shifted their emphasis from traditional language teaching methodologies to incorporate more digital strategies. 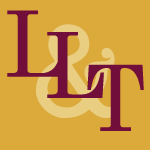 New projects concentrated on the connections between pedagogy and psycholinguistics and between sociolinguistics and cross-cultural pragmatics (including assessment). A new initiative was dedicated to the development of evaluative criteria for assessing computer-delivered language learning systems. Continuing curriculum development projects focused on immersion models and foreign and heritage language partnerships. Research began on motivation and learning strategies, as well as on performance and portfolio assessment instruments. The refereed online journal Language Learning & Technology was first published in 1997. 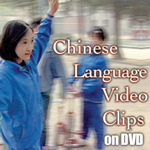 Projects in online teaching and assessment, pragmatics, and heritage languages continued; many were expanded to address the rapid growth of the Internet and its potential for foreign language teaching and testing. Research into heritage language education at the K–12 level drew on community language resources to develop programs and products to improve foreign language education for Chinese, Filipino, Japanese, Korean, Samoan, and Vietnamese. Online teaching, assessment, and placement research contributed to the development of distance education models for Chinese, Filipino, Ilokano, Korean, and Russian. 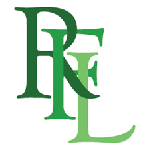 This was an especially busy cycle for both technology-adoption and language-specific teacher training summer institutes, with offerings for teachers and administrators working with Chinese, Korean, and Samoan, most with a heavy technological emphasis. Reading in a Foreign Language, an international refereed journal originally founded as a print journal in 1983 in England, moved online under the administration of NFLRC. 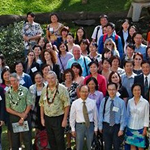 Foreign language program evaluation, language assessment, Online Cafés and certificates, and pragmatics projects continued to make advances, giving rise to conferences, workshops, and other events related to these topics. The three online journals continued to have a major presence in their respective fields. The biennial International Conference on Language Documentation & Conservation (ICLDC) debuted during the last grant cycle in 2009 and continued growing in size and prominence in the field during this grant cycle. Language for Specific Purposes (LSP) was the focus of two summer institutes as well as the 7th Technology & Chinese Language Teaching Conference, which the NFLRC hosted in 2012.

During this ambitious grant cycle, we undertook major initiatives centered on project-based language learning (PBLL) and online language pedagogy and a multitude of professional development offerings including 15 conference and symposia. Our three online refereed journals continued their substantial impact on their respective fields and continued our series of publications on pragmatics. Our collaboration with ACTFL resulted in a wide range of open resources available and utilized for a mentoring program for online language teachers.

During our current grant cycle, we expanded our popular initiatives on project-based language learning (PBLL) and online language pedagogy, exploring new topic areas and offering new formats for professional learning including podcasts and MOOCs (massive open online courses). We added a fourth open online journal, Second Language Research & Practice, and redesigned the NFLRC website. Held during the COVID-19 pandemic, our virtual 7th International Conference on Language Documentation & Conservation broke all records for conference registration (1000+ attendees), making it the largest event the NFLRC has ever organized in its history.